Wrestle for Peace — filmed in Be’er Sheva, Israel, this wrestling event commemorates the 50th anniversary of the 1972 Munich Olympics when members of Black September, a Palestinian terrorist group, murdered 11 members of the Israeli delegation. The appearance of the Moroccan national wrestling team at the 50th anniversary commemoration turned the event into a historic happening. 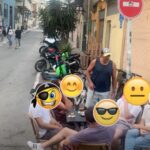 The Bar w/ No Name — filmed on location in Tel Aviv’s popular Carmel Market, this web series captures the city’s irrepressible spirit as typified by Rami from Miami, a bartender with charisma to spare. See the entire six-episode series here. 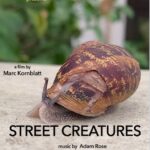 Tel Aviv Walks — Filmed on the streets of Tel Aviv, this web series looks at the city with an eye for the quirky, the beautiful, the historical, and the topical.  View series. 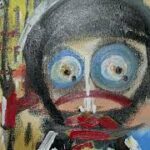 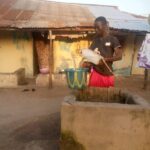 From the Heart of The Gambia — A teenager reaches out on Twitter asking a man to help him feed his struggling family. The man offers to tell his story to the world to attract more supporters in this three-part series.  View series.

While It Lasts — One rainy autumn afternoon a retired professor looks back at his years creating and collecting art.  Official selection of the Georgia, Beloit, Green Bay, Oneota, Driftless, and Milwaukee Short film festivals.   View video. 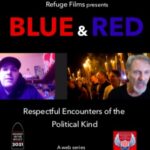 Blue and Red Respectful Encounters of the Political Kind — A Democrat and a Republican discuss American politics, without trying to score points or draw blood, in this Zoom-based web series celebrating civil discourse. Winner of Best Web Series Award at the Honor Film Festival and an official selection of the Shockfest, Green Bay, and Direct Monthly online film festivals.  To watch all  episodes, click here. 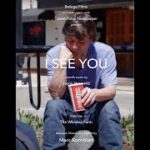 I See You — The Whiskey Farm, an Americana folk rock band, shares the screen with the homeless and people who support them in this documentary-style music video. Radio Interview. View video. 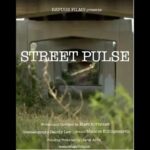 Street Pulse — He is past 50, she is half his age. They met on the street after he got out of prison. Now they’re married and live under a bridge. This full-length documentary is an official selection of the Culture Unplugged, Beloit, Cincinnati, and Wisconsin film festivals. Trailer. Press. More Press. More Press. TV. View Video.

Narrow Bridge Project — People find ways to soar in the midst of the pandemic lockdown. 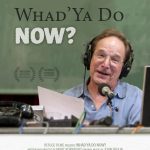 Whad’Ya Do Now? — After three decades of making people laugh, radio host Michael Feldman has gotten the word: Time’s up.  In this 30-minute documentary, he looks back on his career, while sardonically forging ahead. A selection of the Columbus International, North by Midwest Micro-Budget, and Wisconsin film festivals. Podcast. Press. More Press. Trailer. View video. 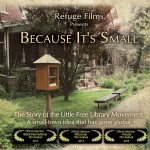 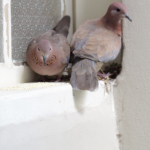 Life on the Ledge — In this short documentary, two laughing doves capture the heart and imagination of a man mourning the recent death of his mother. Winner of a Ginny Award at the Twin Falls Sandwiches Film Festival, and an official selection of the Green Bay, Oneota, Sunrise 45, Snake Alley, and Waltham Film Factory Short film festivals. Trailer. 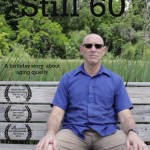 Still 60 — A too-peppy man celebrates his 60th birthday by doing nothing in this short work of creative non-fiction. Winner of a Canada International Film Festival Award of Excellence and an official selection of the St. Louis, Princeton Independent, Wisconsin, and Underfunded film festivals.  Trailer. TV. Press. View Video.

Colors of Love — In this short silent narrative, two people meet in black and white, and fall in love in color.  An official selection of the Gulf of Naples Independent, International Monthly, Blow-Up International Arthouse, Miami Independent, and the NxMW film festivals. Trailer. View Video. 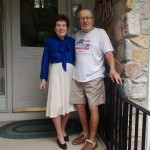 Last Seder? — In this short documentary a man goes home to visit his parents, worrying about their health and future.  An official selection of the Wisconsin, Julien Dubuqe, NxMW Micro, and Golden Door film festivals. View Video.

Walk the Walk — A beautiful woman, frustrated at not finding love, meets the perfect man in her dreams, and then, magically he shows in her real life. Official Selection Bare Bones International  and Kenosha Film Festivals. 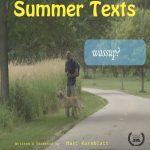 Summer Texts — A short narrative about a geezer, a dude, and a b-ball game. An official selection of the Miami Independent and Milwaukee Short film festivals. View Video. 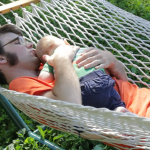 A Hobbit’s Heart —  A young father celebrates family, community and Middle Earth in this whimsical short documentary.  A selection of the Ozarks Shorts Film Series, NxMW, and Down East Flick Fest.  View Video.

On Account of a Hedgehog — As they look ahead to their wedding, a young couple debates the details of how they met and fell in love. An official selection of the Beloit International, Oneota, and NxMW film festivals. 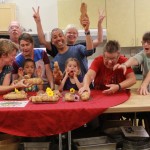 Challah It Forward — In this short documentary a father and daughter build community by sharing bread. An official selection of the Green Bay,  Near Nazareth, Short Shorts, and Santa Barbara Jewish film festivals. View Video. 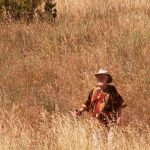 An American Story – Jim Kerr, 1929-2017 — A community comes together to laugh, cry, and remember a lost loved one in this short documentary. View Video.