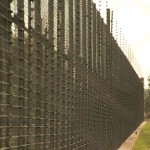 In this full-length documentary, prison inmates at a minimum-security prison and graduate students study literature together and talk about why what they’re doing matters.  The film, which wona Golden Badger Award at the Wisconsin Film Festival, has also been an official selection of the Philadelphia Independent Film Festival, as well as the Kansas , Louisville,  Julien Dubuque , (In)Justice  and Oneota international film festivals.